“But wouldn’t they cost twice as much as a single panel?”  Yes, but this cost is not like ‘building another coal-fired generating plant.’  It’s hard to even think of the pairs of panels as a capital expense.  They have an expected service life of 20-30 years, so I think of them more as “light bulbs that last a really long time.”  Hardly a capital expense.

And, the cornstalk sandwiches may be stacked vertically.  Here’s a demo, three-high:

I call this one “Winglets”, because the vertical panels outlined in red resemble the small vertical ‘winglets’ on the tips of some airplane wings. 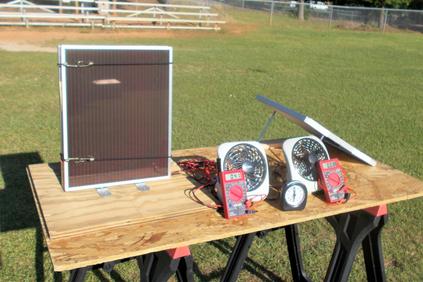 But they could go four-high, six-high – the sky’s the limit. 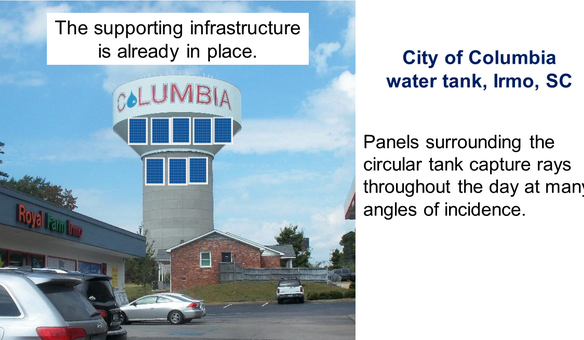 I call this one “Cornstalks”, because the vertical panels resemble ears of corn on a cornstalk.

Photovoltaic (pv) solar panels are an important component of any renewable energy plan.  However, current practices leave energy unclaimed, or “money on the table,” as it were.

​Most photovoltaic (pv) solar panels are installed generally horizontally along their East-West axes.  This produces a mid-day spike in power production, when demand may be lower, and produces very little power in the early mornings or afternoons and evenings, when demand is higher.  This imbalance between supply and demand creates a need for energy storage. 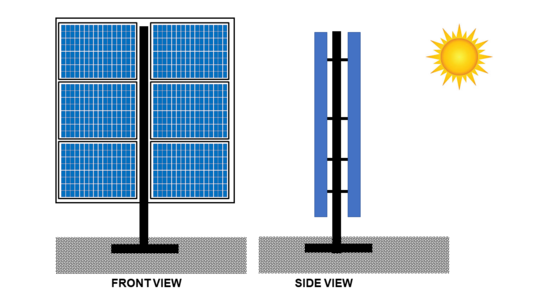 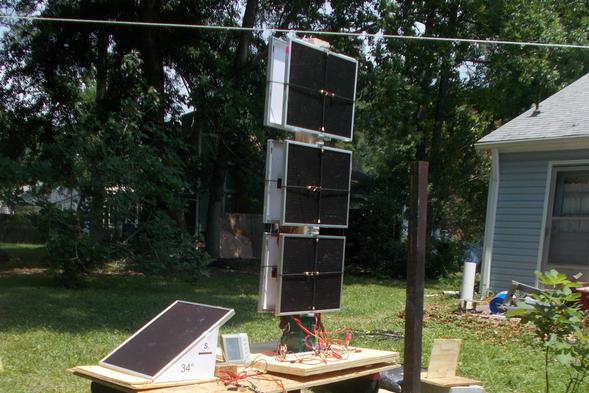 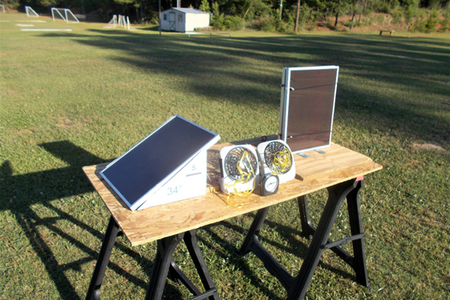 Both spread the power curve out during the day and capture the early morning / late afternoon and evening sunlight much better than the conventionally-mounted panels.

With no real lab or testing facilities, I made a “cornstalk sandwich” – two panels, mounted vertically, back to back, facing East-West:

This significantly improves the Energy Density – the amount of energy, measured in watts, per unit of surface area or land, measured in square feet, or acres / hectares.

The two concepts, nicknamed “Cornstalks” and “Winglets”, each have pending U.S. patent applications.

I seek a partnership with a forward-thinking research university and others to implement these, considering first the humanitarian benefits of bringing power to those without it, then commercialization. 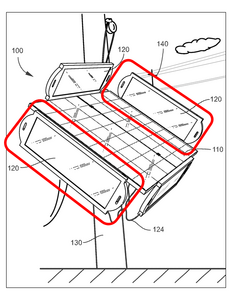 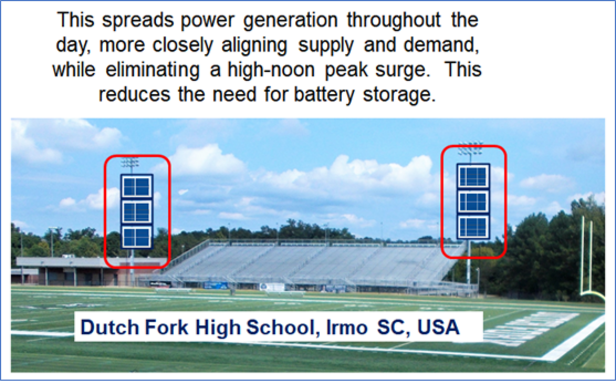