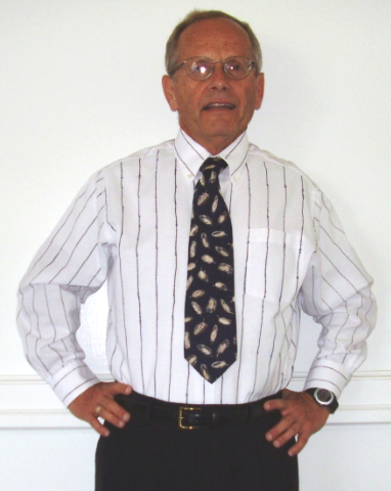 The man on the right has broader shoulders and a narrower waist.

The shirts are identical - only the stripes are different.

●  Our society spends large sums of money to look thinner, trimmer, and more fit, with or without actually losing weight.

●  With clothing, men like to appear to have larger chests and shoulders, and relatively smaller waists.
●  This does not necessarily mean “weighs less”, but rather “is younger, more fit, more in-shape, more powerful”   Ref. John Molloy, “Dress for Success”, 1975
●  In like manner, women go to some lengths to enhance their figures
●  This applies to dress, casual, formal, leisure, sports wear, swim wear, outerwear, underwear, sleep wear, athletic uniforms 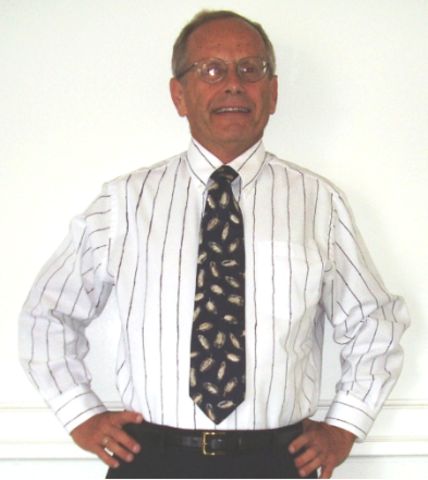 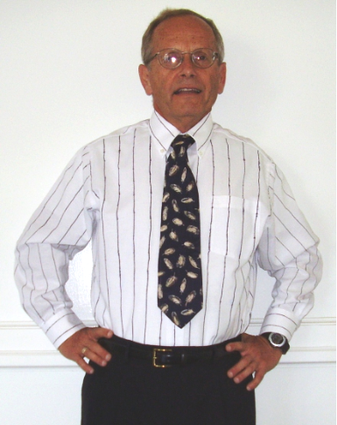 There’s something very unique in this picture, something never done before.  Can you find it?  Only about 1 in 10 people can.

Hint:  it’s not that he is missing part of a finger, or that his tie is too short. 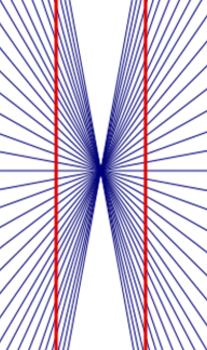 The Hering Illusion, discovered by German physiologist Ewald Hering in 1861.  The two vertical red lines appear to be curved but they are both straight and parallel.  This design alters our perception of reality.  From Wikipedia, the free encyclopedia

Could this idea be used in clothing?

Here’s the mistake in the picture:

The lines in the shirt are not parallel.

In the middle, along the buttons, the two center stripes are vertical and parallel.

But moving away from the center, they are further apart at the shoulders, and taper very slightly and subtly to the waist.

This immediately improves the wearer’s physique and / or figure.